Last month I described how a new feature was developed to count the number of articles in each category. At the end of the 2nd day of JoomlaDay France 2015, the feature was working… that is, it counted all articles (for com_content) in the Category Manager for Articles. I got it working by adding a hard-coded “if extension = com_content” check in the Category Manager. That’s not a solution but a workaround, I was fully aware of that.

When I had returned home from Joomladay France, I had no idea how to make it generic so that all core components (or even 3rd party ones) that would make use of com_categories could display an item counter for their own items.

Thomas Hunziker and Robert Deutz gave me some suggestions to make it more generic. I tried using a specific helper file. That file included in your component some code to extend the query object with some extra joins. The com_categories component would look for it and add it to its own SQL query. It worked!

However, why create an extra helper file while every component that uses Joomla’s Category Manager already has a helper file? Roland Dalmulder helped me with accessing the existing helper files. So I was able to move the extra query code to that existing file. This made the feature generic: Now the Category Count Items feature had become a generic feature that you could use in your own components… I’ll show you that later in this article. First, in order to use it, the new feature has to be tested, and added to the Joomla core.

So what if you find a bug (or hidden feature) in Joomla? Or if you want to make an improvement? 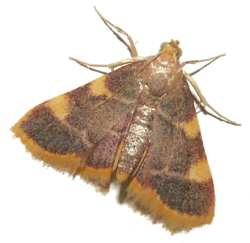 If not known or still present in the next version, please create a new issue. Give all necessary details and describe the steps to reproduce the error. And because a picture is worth a thousands words, please make some screen shots to visualize the problem.

If other users are able to reproduce the error, some developers might dig into the problem and create a patch for it. 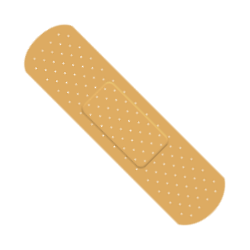 To fix issues or add new features developers will create some code that will be put in a patch. A patch describes in code all the differences from the latest Joomla version. The code & patches are managed using git (= software versioning) and is available at github ( = sort of wikipedia for code).

A developer will make changes in their copy of Joomla CMS. All changes are recorded and can be submitted to the original Joomla CMS with a Pull Request (PR). In other words, the developer asks Joomla to pull their changed code into the Joomla core. 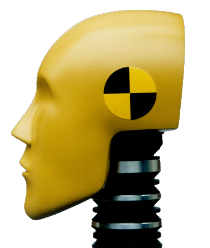 The testing of a Patch can be done by anyone who knows how to use Joomla. Yes, you read it well, you can help with testing too. All you need is…

To make it easier, and even more fun, special “bug patch testing events” are organized frequently in the Joomla community. Those are known under the name “Joomla Pizza, Bugs and Fun”: A group of people help new users with testing patches. The upside: you will learn something about the process of open source software development, experience the fun in testing patches, learn about new features in Joomla, and share your enthusiasm for Joomla and open source. The downside: it can be addictive :-)

Back to Category Item Count

A lot of people helped me with this PR! I already mentioned some people who helped me out. Some people in particular (you know who you are! And, if not: Tobias Zulauf, Thomas Hunziker, Marc Dechèvre, and Peter Lose. Thanks!) gave me much valuable feedback on errors they found. Which I managed to solve.

Finally Hans Kuijpers, Marc Dechèvre and Stefan Wendhausen were able to test my PR successfully which gave me the two positive tests needed to get the PR to RTC.

On the way, during the whole testing and feedback process, some labels have been assigned to the PR (you can see them on the top left of #6916)

Oops - we have a small problem…

I decided to add the new feature to some core components that also use com_categories: Banners (PR #6934), Contacts (PR #6938) and Newsfeeds (PR #6936). Those PR’s all followed the same procedure: got tested & marked RTC & Milestone Joomla! 3.5.0. However, one of them gave some problems: Banners.

Due to the new feature, the Category Manager (com_categories) will create some number counters with hyperlinks underneath. Those hyperlinks all have a status filter &filter[published]= so that you can click to the items that will be filtered on the status. All components listen for the "Select Status" filter to &filter[published]= (and expect a statuscode of 0,1,2 and -2). Except for the Banners component, which listens to &filter[state]=

After making a small change in the banners model & its filter_banners.xml, the banner component filters its items in a similar way as all other core components. Hence, the Category Item Count now works for Banner items too...

How to use it in your own component?

We'll add a new function to this helperfile to extend the Category Manager's $query object with some SQL queries. Those SQL queries count the number of items for each category, and for four different status: published, unpublished, archived and trashed.

Add to the helper file /administrator/components/com_yourcomponent/helpers/yourcomponent.php within the
class YourcomponentHelper extends JHelperContent
the following method:

If you don't use "state" for the state of your items, but "published" then you'll have to modify your SQL accordingly. If your component does not have "archived" items, then you can leave it out of the function. The Category Manager will automatically show columns for count_published, count_unpublished, count_archived and count_trashed.

At this moment it is unsure if the Category Item Count will get in the Joomla core. If so, it might be integrated in the future Joomla 3.5. And if it gets in the core, you could use it for your own components (that make use of Joomla’s Category Manager for their categories).

I hope that I have given you a small insight into how features can get integrated in the Joomla core. And how you can help improving the Joomla core code (even without knowing how to code).

If you want to know more about developing PRs, testing patches and the development process of Joomla, please visit any of the Pizza Bugs and Fun events.

Finally, thanks again to everybody who helped me developing this feature!

(The Bug, Patch & Testdummy images are from https://commons.wikimedia.org)