Being part of a global community: where did my life go?

My association with Joomla has mostly been enjoyable: I’ve made some good friends… although I have my share of frenemies as well.  I’ve travelled the country and the world and I even have a photo memento of me giving Brian Teeman* a smooch on the cheek at J & Beyond in 2013. But above all, I’ve learned so much from the almost-daily contact I have with Joomlers everywhere whether they’re first-time newbies or whether they’re hard-core web evangelists. I wouldn’t have missed it for quids. 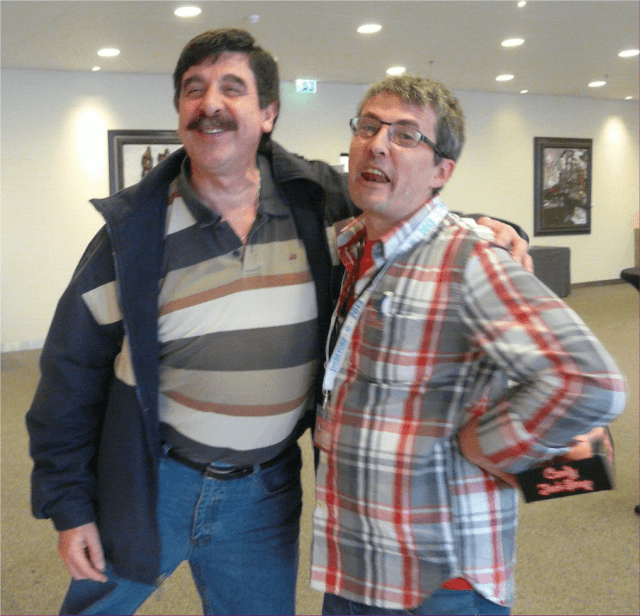 I wanted to pause for a moment, take a break, enjoy my second cup of coffee for the day and look around the forum without going bananas when I read the three-millionth post about “How to improve my SEO”, why someone can’t access their backend  - and that could mean just about anything - or “How do you use the FPA?”. I’ve seen good discussions on The Joomla Forum™ and I’ve seen bad discussions; I’ve seen questions answered within a matter of moments and I’ve seen topics go on and on and on… and they’re still going on years afterwards.

So here I am, fourteen years after I began my Joomla journey wondering if I have a problem with forum addiction and perhaps I should seek professional counselling for it? So I pause, reflect and I say to myself: “Would I have changed anything if I’d had my time over again?”  And a voice inside my head and says something that I probably shouldn’t repeat in polite company.

Despite my prolific writing - several tens of thousands of forum posts at various places around the internet, millions of words written and thousands of hours invested in research - I’m no expert. I think I would be the first person to admit when I’m made mistakes; I make a lot of mistakes. It hasn’t always been a bed of roses: I’ve “crossed swords” with people but my advice has also been warmly received. There are some people who would prefer to see less of me but I like to believe that I’ve also been able to help people who ask questions and receive my input. It’s been a rough-and-tumble wild ride.

Technical discussion forums, like The Joomla Forum™, are not always for the faint-hearted. When people feel incapable of resolving problems themselves, they use forums - often to vent their frustrations, to complain or criticise - in the hope that their problems will be resolved. Sometimes technical forums can help; sometimes they can’t. In any event, I believe that people should be allowed to write - as best they can - and that their concerns should be heard. As I wrote recently:

I understand the frustrations [within] the J! community… Such is the nature of technical discussion forums; it’s the very nature of technical discussion forums that debates ... occur and those discussions … at times, become passionately prosecuted. However, underpinning all debates that take place in real life, we should always respect other people who have different opinions and we should try to argue the issues; we should practise tolerance and forbearance and not attack people simply because they don’t see things the same way as we do. sozzled, The Joomla Forum™, 27-Jun-2022

As I say, my experience with Joomla! has been rewarding on the whole. I have learnt a good deal about Joomla but I have learnt much more about people. I think I have mellowed over time: I’m not as one-eyed as I was fourteen years ago. I’ve met many people - in both a virtual and real sense - though my residency at The Joomla Forum™ is where I feel comfortable.  It’s not just a place where the issues of the day are debated; for me it’s a lifeline, a social medium; a vehicle that allows me to engage with a community of people. If I were to lose that lifeline it would be like cutting off my contact with the outside world. I value this lifeline to the outside world and I would do almost anything to not jeopardise it.

Most people who use technical forums only do so for the purpose of solving one particular problem that they cannot solve themselves. Fair enough, too.  I suppose I’m a little different to “most people” and I’m not embarrassed to admit it. I volunteer my time to show my appreciation for the help I’ve received:  to offer my thoughts, opinions, suggestions and advice as best as I’m able (and I’m equally thanked and criticised for those things). I’m not an expert; I’m human and I’m fallible.

In conclusion, thank you to everyone who has given me joy. To those who may prefer that I should be less “noisy” and reproach me for my opinions, I’m sorry if they feel that way and I hope that they, too, would “mellow” as they get older. I will continue to criticise where I feel it’s warranted and I hope my criticisms will be viewed in a constructive way because that’s my intention. I can only try to do my best: you win some; you lose some. C’est la vie!

*  Brian stopped sending the blackmail payments a few years ago, so I’m posting the photo for the world to see!

This article is based on the author's previously published work posted at the Joomla forum.

A Joomla hobbyist and active contributor on The Joomla! Forum™.  In a nutshell, his career in Information Technology spans over 40 years, nearly all of that working in various Australian Government departments and agencies.  For the last 15 years of that time, he’s had a keen interest in developing intranet sites and this naturally evolved into the Internet space. His experience covered most activities in the IT field:  systems analysis and design, programming, testing, project management, customer relationship management, knowledge management—you name it and he’s probably had something to do with it (or he managed teams of people who had the subject-matter skills).  He retired from the workforce in January 2007 and, if he thought he was busy when he was working, he’s been busier now than ever—mostly he’s busy having a great time!  When he’s not thinking about world events, Australian politics or making sure he’s not far away from coffee, Michael is involved in helping people make the best use of Joomla.

Most people will recognise Michael by his handle "sozzled".