This month we talked to Philip Walton from the London Joomla User Group. Philip’s also the Joomla CMS Release Team Leader. During COVID-19 he’s been keeping the patch testing process ticking along with Bugs & Fun @ Home, which is how I came to meet him virtually back in April this year.

I've recently returned to being active in the Joomla project, so we hadn’t crossed paths until a few months ago when someone dropped a request to get someone on the other side of the world to help with Bugs & Fun @ Home (BFH). So thanks for keeping my weekends occupied during Australia’s lockdowns, as well as many others.

Your main role is as the CMS Release Team Leader. What’s that entail?

So in the lead up to the release of a new version of Joomla, the CMS Release Team take the package that’s planned to be released and run over 100 different tests on it to check all the various Joomla features still work the way they should. Next, we get stress testing - the release package is installed on a number of staging servers that are running copies of live websites, and then a batch of checks are run to ensure the new release doesn’t break any extensions or templates which could then impact lots of sites.

We also work with releases prepared by the Security Strike Team when there’s a vulnerability identified. In those instances, the Release Team has only around 24 hours to test security patches when they’re out to ensure they fix the security issue without making other issues appear in the system.

It all then comes together around 3 pm UTC Tuesday afternoons on a release day. That’s when a new version is typically released… unless there’s a showstopper. That’s when we have to do the quick double release, which fortunately doesn’t happen often.

Over the past few months I’ve gleaned plenty of tidbits about you, but aside from being an English cricket tragic and fan of warm stout beer (something Australians can never relate to), tell us more about yourself.

Initially, I wasn’t a fan of cats, but six strays born in the garden stuck around. Meet (from the top) Luna, Titan, Lola, Trinity, Toto and Flo.

Being a 6 min walk from the Thames, it’s a mix of accessing the express train to London with proximity to the river to pursue a passion for skiff rowing where I’ve been a cox and stroke (sets the pace) for many years. Next year sees the Gravesend 175th Town Regatta in June, which is a weekend of racing in and around Gravesend. In September is the Great River Race along the Thames for 23 miles through the heart of London which we enter with several skiffs from the town. 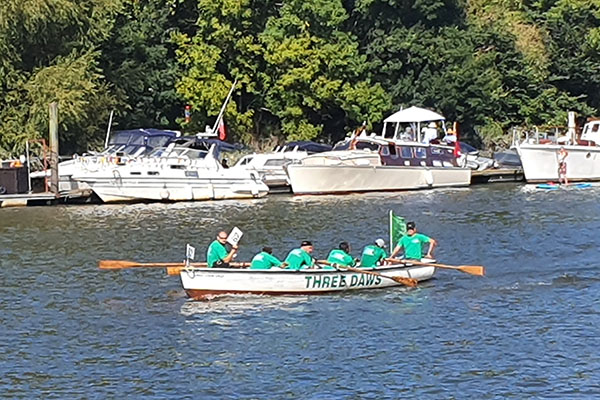 I’ve been coding since I was 11 using punch cards. I started using the internet before domain name registrations were properly recorded so some are listed as “before August”. Now I’m the owner of SoftForge, which started in 2008, which is a full service hosting and web design agency servicing businesses from small businesses to government and large enterprise clients.

Other things I’ve been up to over the years include being an inventor, including a patent to my name; a skill set that includes architectural blacksmithing so I can keep my invention developments under wraps; A myriad of circus skills including juggling, unicycling and high wire.

I’m yet to successfully create a pull request while juggling 1kg juggling balls while balancing on the unicycle. 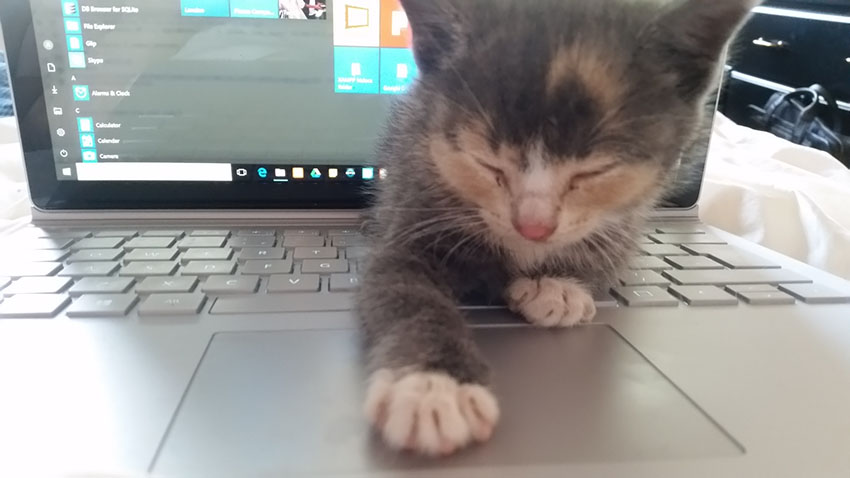 So now for the Joomla story. Like me, I see you started using Mambo before Joomla started up 15 years ago. What started you using Joomla in the first place?

I started writing my own CMS in the late ’90s using PHP3  to meet the needs of a client and then dabbled with some early versions of some CMS like PHP-Nuke before finding Mambo one day. I took a look at the code base of Mambo and realised that it was doing the same things I was trying to do, but much better and cleaner. At the time I looked at using Drupal, WordPress, Mambo or keep using my own. Mambo, from a developer’s point of view, had cleaner code and was already moving towards MVC and had an appealing framework.

At the project level, how did you get introduced to participate?

In October 2008 I started the Joomla User Group London with my then business partner, meeting at University College London. The group grew after a JoomlaDay event at Maidstone near Kent. My business partner actually stopped a release at that event after finding a bug! We’ve been meeting monthly ever since, now online during COVID-19. It goes with the territory, and I’ve then presented at various JoomlaDays over the years.

After contributing little bits of code over the years, we started allocating Friday afternoons to Joomla contributions like patch testing and coding fixes. Talking with George Wilson at JUGL over time, George invited me to join the CMS Release Team, and I’ve now been Team Leader for a few years.

There’s a number of coding side projects. I started a Progressive Web App which was debated for core when we were in Rome World Conference that never made it so is ripe for another go. I’ve met so many people and learnt many different things from being involved over the years. Often it can be something as small as hearing someone else’s perspective on a problem that can then open up a door on a different way to tackle an issue. That’s part of what keeps me engaged with the project.

Engagement is a key point we keep talking about in RingCentral (between digs about the cricket). We see a few regular faces in the BFH rooms each weekend, but often lots of things are ticking along behind the scenes.

COVID-19 certainly changed 2020. Suddenly my weekend mornings freed up from rowing. Based around PBF style activities - coding,  translating and documentation - it’s been a slow burn getting people involved. It’s been making a difference throughout the year, with lots of testing being done on Joomla 4, taking it now to Joomla 4 Beta 4 release this week.

The best part, as you know from being involved this year Patrick, is that many people joining the bugs and fun session quickly find that getting started on helping out is not as complicated as they might initially think it looks. Most weekends now we’ve got some new faces jumping online for a training session on various aspects, and that’s going to improve in the lead up to PBF20 and beyond.

With Pizza Bugs & Fun coming up on October 17, any tips for those looking at getting started with helping with some of the activities?

Usually, PBF is run as an in-person event with local user groups. As most of the world is still in various degrees of lockdown it’s running as an isolation event. To help with that factor, we’ve put together a PBF Survival Kit and are encouraging people to make their own pizzas as part of the event. I saw you suggested a Vegemite Pizza as an Australian contribution. As a long-standing veggie and a marmite addict, I’m sure a Marmite one would be superior - just like our cricket team (bet that doesn't make it through).

I will leave that one to go through to the keeper.

To register for a survival kit, there are a few tasks to complete, which you can find on the “Where to Go” page on the Pizza, Bugs & Fun site.

I look forward to seeing all the pizza people create in a few weeks. Thanks for the chat, Philip.

Register for Pizza, Bugs and Fun at pizza-bugs-fun.com and complete a few simple base tasks to register for a PBF Survival package that includes a souvenir pizza cutter, glass, face mask, pen and mousepad. Note that at the time of publication, delivery before PBF can’t be guaranteed to everywhere in the world before PBF on October 17th.