The Joomla community is celebrating the 10 years of Joomla with creative art, video, meetups and cake.

The 1st of September is traditionally the day to celebrate the birth of Joomla, and that gives me another opportunity to again say: Happy Birthday Joomla!

The Joomla community has been celebrating by contributing and sharing their talents, and eating Joomla Birthday cake. 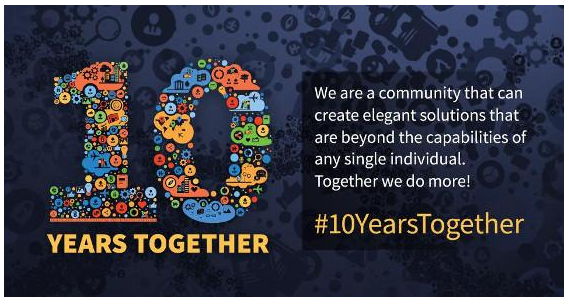 Tim Plummer, from the Joomla User Group in Sydney in Australia, specially baked a Joomla birthday cake to share at their user group meetup. It looks delicious, and reports are that it tasted delicious too. Shaila Man provided the Joomla cupcakes. 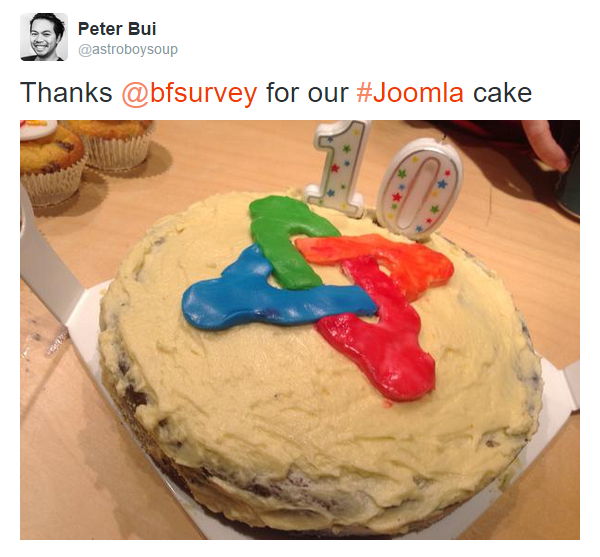 Sarah Watz, the current President of the Board of Open Source Matters, shared joomlaheart and a cake for all the Joomlers. 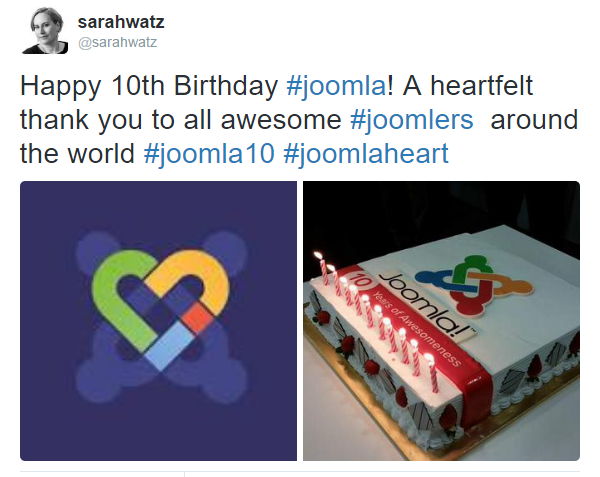 Joomla also received birthday greetings from Dhaka, Bangladesh, with a video of a Joomla birthday cake being shared. 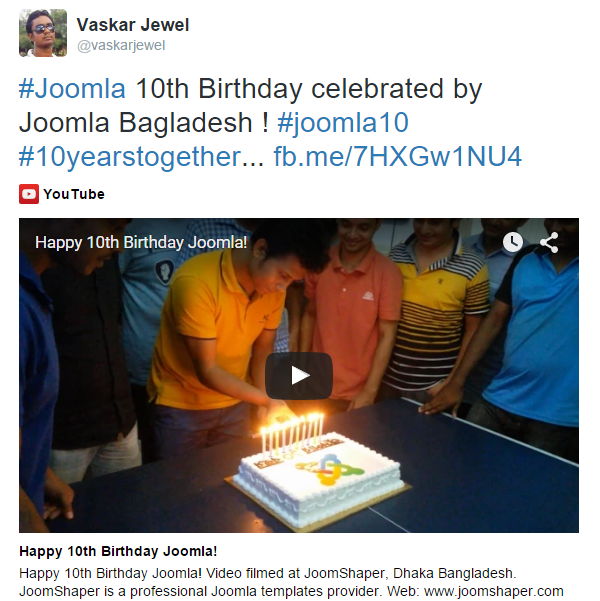 Sander Potjer shared this Joomla cake from the Joomla Usergroup Amsterdam in Bussum. 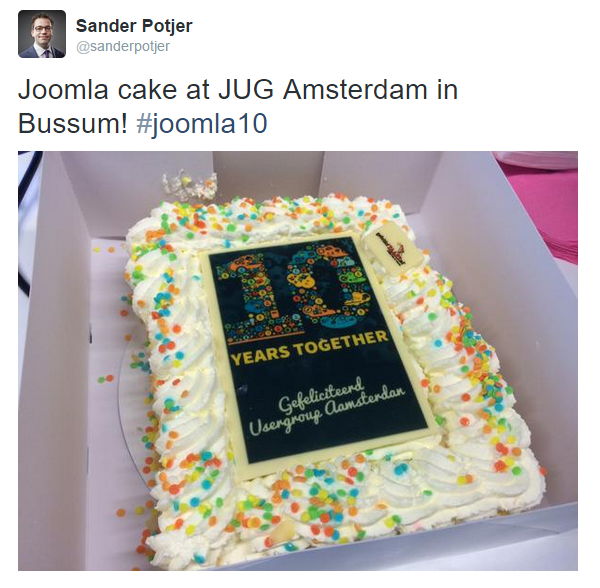 Maartijn Maandag, also from The Netherlands, had enough cake, and decided to create the first known Joomla sushi, called Joomshi, while Sandra Thevenet, from an Island called Saint Martin, preferred something a bit stronger, and was celebrating with a special bottle of JRum. 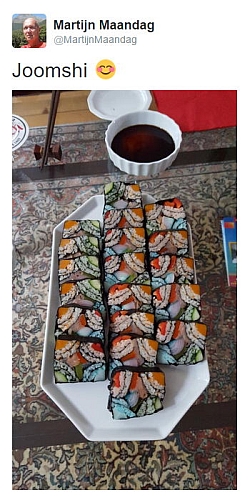 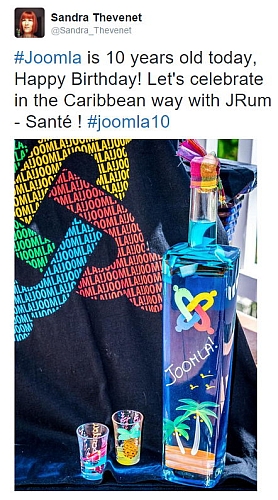 Mike Brandner proves that Joomlers can get creative even while on holiday, with his pebbles on the beach greeting. 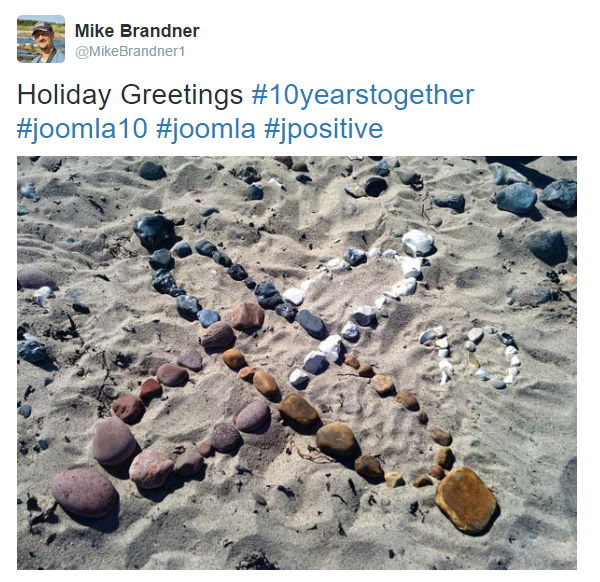 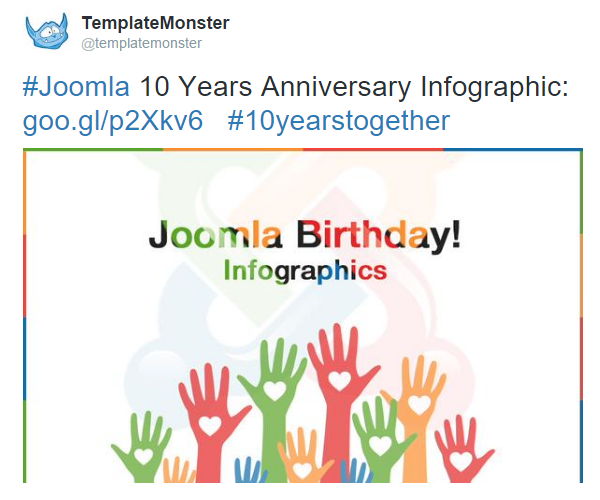 JoomlaShine captured the #JoomlaSpirit tweets and images, and created an infographic to celebrate the JoomlaSpirit and the contribution from all the volunteers over the past 10 years:

JoomlaShine also had another birthday gift to the Joomla community by creating this popular video:
Together - 10 Years of #JoomlaSpirit

Brian Teeman created the spreadthejoomlalove.com website. The site tells the history of Joomla, shares community birthday greetings, and gives credit to contributors in the areas of coding and documentation. 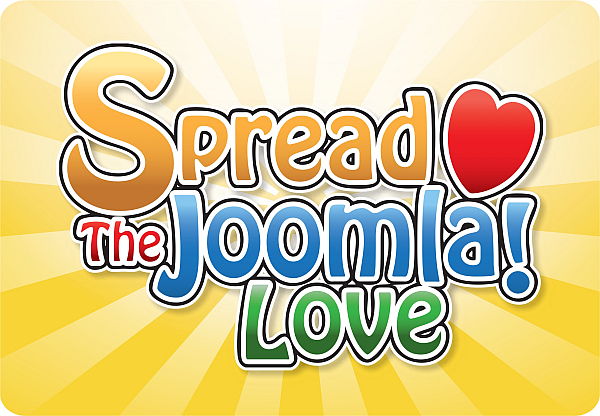 GavickPro created a fun quiz to test you Joomla knowledge. 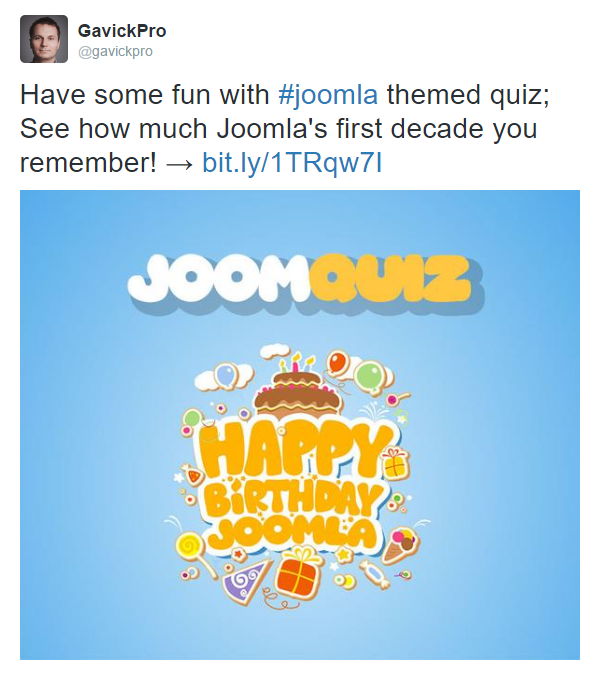 The Joomla User Group Rotterdam, in the Netherlands, also celebrated the 10th birthday of Joomla at their meetup. Anja Hage shared the pictures: 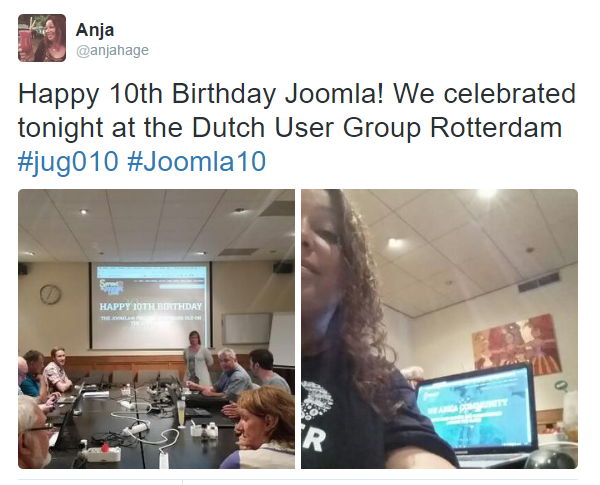 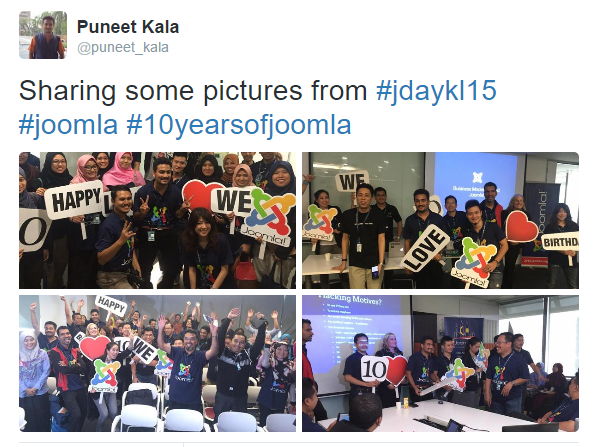 You can also join in celebrating Joomla's 10th birthday at your next JUG meetup or one of the 13 JoomlaDays that's scheduled for the rest of the year, or join us at the Joomla World Conference in India, later this year, to celebrate 10 years together.

To end off, you can listen to Episode 95 - Happy 10th Birthday Joomla! edition of the Joomla Beat Podcast, with hosts Peter and Martina.