Google Summer of Code: the Future of the Languages Installer Tool As you may know, this last summer I was elected for the Google Summer of Code program and I created a Languages Installer Tool for Joomla! CMS. Now this project has become a reality in Joomla 2.5.7 and 3.0, and more features will be coming soon...

My project was divided into two main parts:

The first part was contributed to Joomla 3.0:

And was also contributed to Joomla 2.5.7. (You can test it in your own installation by checking the "Extensions Manager" => "Install Languages"): 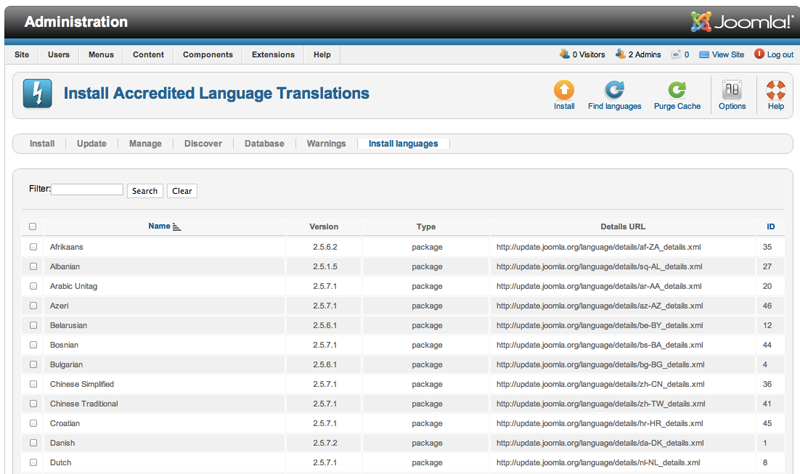 The future of the Joomla! Languages Installer Tool

In the future I'm planning to contribute the Languages Installer Tool "for the Installation" (not the Administrator). This new feature will add a new button after the installation process: 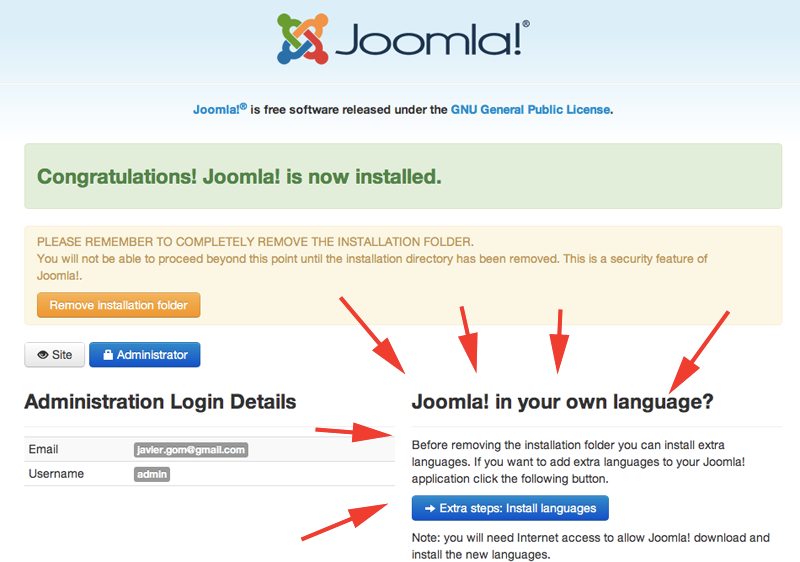 It will allow you to install languages right from the Installer: 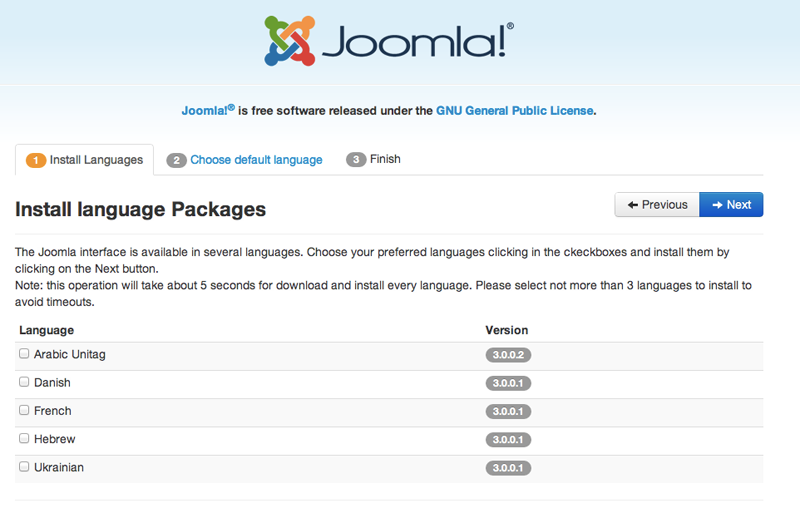 This will be a great tool for non-native English speakers who will be able to install and use Joomla! without making any steps in English. I know that you would like to have this feature now in the core, but we are really busy with the launch of Joomla 3.0 and I haven't found the time to finish it. Actually, the code is 99% done, there is only a small challenge to solve with the Updater Platform Package. I hope to find a solution soon ^_^ (If you are a super developer willing to help contact me!).

Finally, I would like to thank the people who have made this project a reality: