Over the last 15 years I’ve created hundreds of Joomla websites and online systems, many have been directories with map elements. Historically we used extensions like K2, jReviews, FieldsAttach and others, while these provided good solutions, they have quite a few downsides compared to Joomla’s core fields. So for the last few years, since Joomla 3.7, it’s been really quick to create directory / catalogue type systems with Joomla.

Aberdeen has traditionally been a city orientated around offshore oil and gas in the north sea, often neglecting creative industries. This has been gradually changing, and one aspect of this is a new positive attitude to street art. The city council has helped fund the Nuart festival for several years, which has brought world class artists to create iconic large scale pieces of street art in the city. I’ve always had an interest in street art, but this has grown during covid, as it makes for a great way to explore our urban environment. The downside is, it is often hard to find, and also can be quite transitory, this is where streetartaberdeen.org helps. The system helps people explore street art in the city, and also documents pieces that may be removed or painted over in quite a short timescale.

Everything was built from scratch with Joomla 4, it seemed like a good opportunity to get to grips with developing on the new version on an internal project, before using it on a client projects. The intention was to keep everything simple, with the minimum number of extensions possible.  As such, the development consisted of the following:

The system runs on a 1GB Linode VPS with a hardened implementation of the latest Ubuntu LTS and PHP 8. All the code is GLP3 and can be found on GitHub.

The User Experience and User Interface

The user interface was very focused on the primary user stories, as such, the interface is quite minimalist, enabling the artwork to take centre stage. The three main views are, the map view, a gallery view and the item view. Secondary user stories start from the footer menu, these include a news section, labels (tags) and a timeline of when pieces were added. It is intended that most content would be added via the front-end. 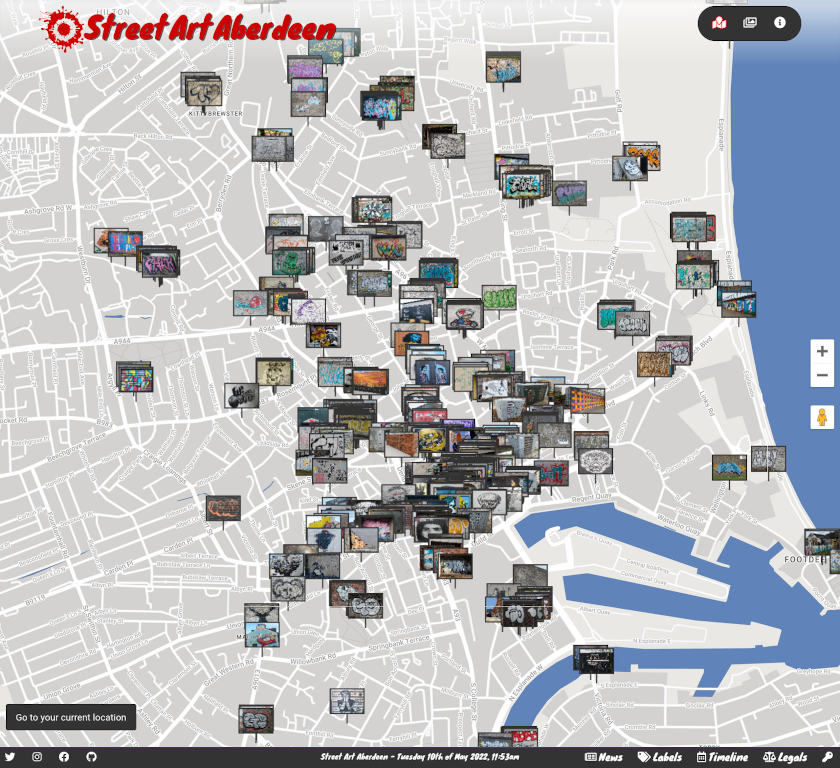 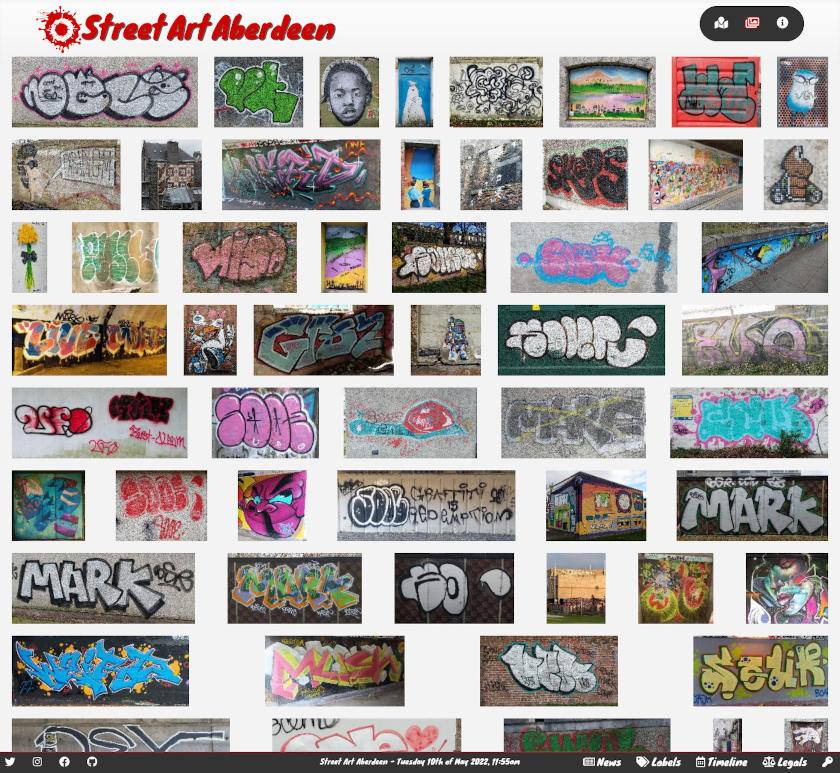 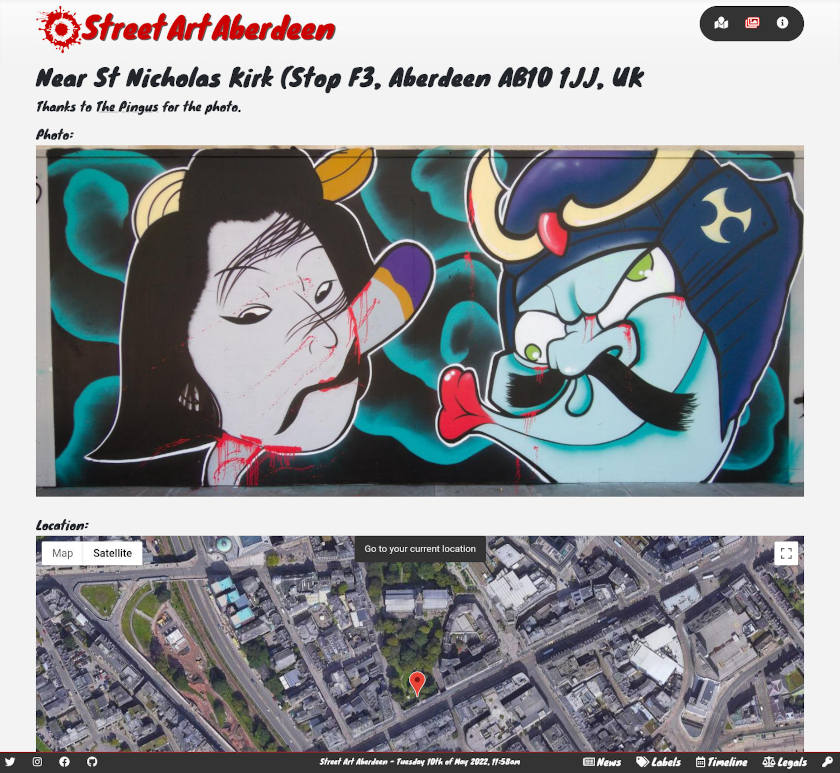 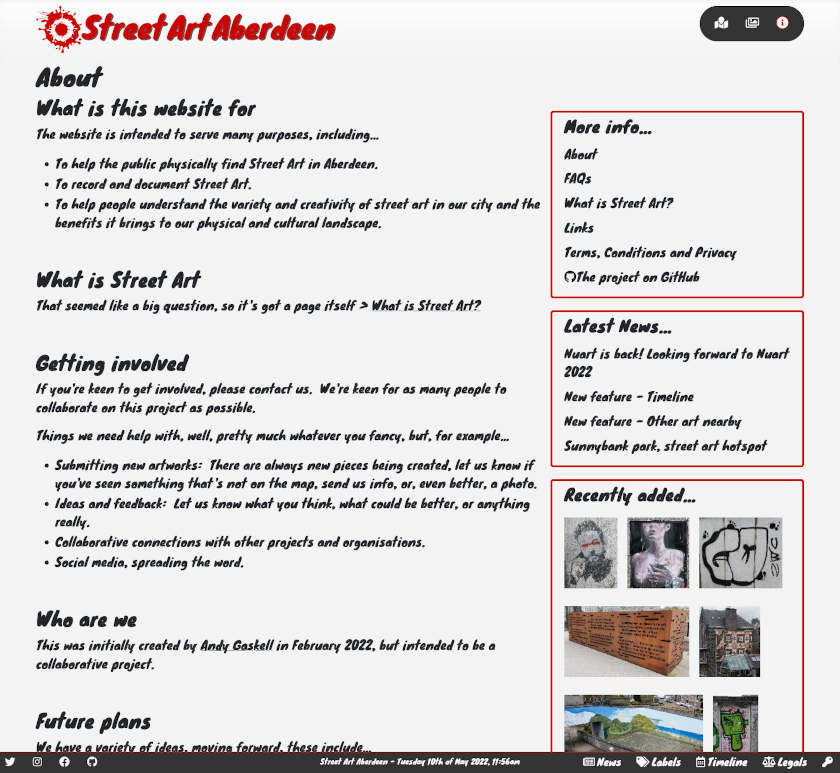 The combination of Joomla 4, core fields and the excellent Cassiopeia template allows exceptionally quick delivery of a minimum viable product. From there we were able to quickly add features and make adjustments based on feedback. It was really helpful to be able to add content whilst also adding features.

The development process was all pretty straightforward. Initially we struggled with the new Joomla 4 CLI structure, but this was mainly due to it being a very new feature with developer documentation still mostly being work in progress back in January and February. We will have to address front end rendering performance of the home screen map, as it is getting a little slow to render with so many pins.

It has been a fun system to develop, and I think many elements have scope for re-use in other projects. Typically I only work on a part of a system, for clients, just an API, template, middleware or similar, so it was a really different, quite liberating, experience working through the whole process. I found going out and discovering street art almost addictive, and it’s led me to get to know the city I’ve lived in for 14 years in much greater detail. I hope other people might want to adopt the system and create something similar for where they live too. Finally, and most importantly, I’d like to offer massive thanks to everyone who is, and has been, been involved in the Joomla project over the years.