Why using Joomla for your multilingual projects

In these times, with the rise of e-commerce, having a multi-language website is essential to expand our online business globally. Customers find it more convenient to shop in their language. In many cases, it is also necessary for countries that have more than one official language.

Since its beginning, Joomla has included as a feature the possibility of building multilingual websites. Since version 1.7, it has been possible to construct multilingual sites without having to install third-party extensions and with multi-location. Having a multi-language site implies not only content translation. Several characteristics are entirely different according to the country or the culture, for example, the way of using colors or the fonts (especially for countries with special characters such as Arabic, Chinese, Japanese, Greek, etc.).

There are several reasons why you can and should build your multilingual website with Joomla: 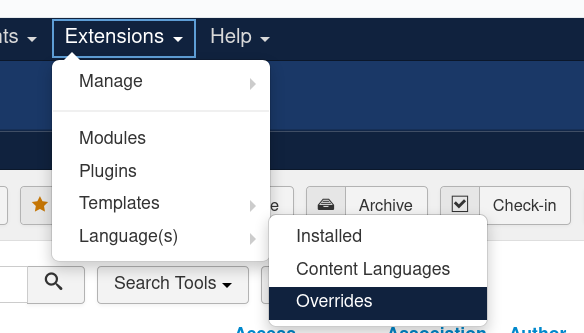 All these features make Joomla the ideal CMS to build your multilingual site.

There are also extensions in the Joomla Extensions Directory to implement a multi-lingual website. Still, if it is not imperative to do so, my recommendation is that you always use the multi-language that Joomla has in its core.

Finally, I would like to thank the whole Joomla Community for their effort and dedication, and to Andrea Gentil in particular for her invitation and kindness always.

Web developer, professional in the world of CMS and expert in Joomla! which has been used since 2008.

Luis Orozco (@luisorozoli) was born and raised in Arjona, Jaén, Spain. He is an enthusiastic and passionate web developer, professional in the CMS world and expert in Joomla! which has been used since 2008.

Involved with everything related to the Joomla! Community, forums, groups, etc. He has been a speaker at several Joomla Day Spain talking about extensions created by himself and has also attended the latest major international events about Joomla! (Jandbeyond).

He studied and worked in Jaén for almost two years in a company as an analyst, designer and web developer. Then he made his great professional leap, arriving in London, he was working like Lead Web Developer, in the development and improvement tools, developed and integrated with the Joomla! Engine, creating websites for airlines and hotels around the world.

He has created some extensions for Joomla!, among which the phpMyJoomla (phpmyjoomla.com) component stands out, to make easier the management and export of the database from the backend.

With the problem of the world pandemic (Codvid-19), Luis has created a solution (vercarta.com) for the administration of digital cards for hospitality businesses (hotels, restaurants, bars, pubs, etc.)

He loves being a self-taught person and learning new things every day. He is very active and loves to get involved in his projects and work with people who are equally involved.

Thank you friend for always contributing knowledge, see you and a hug.

0
Thank you friend for always contributing knowledge, see you and a hug.
Cancel Update Comment