FeedBack from Administrator Certification Joomla! of the JoomlaDay of Marseille During the JoomlaDay Marseille on 12 and 13 May 2017, 11 participants tried to obtain their Joomla 3.x Administrator certification. The participants were all french-speaking people.

During each of the two days, participants were trained and counseled by a certified Joomla Administrator, Mehdi Baba Ali, and Agnès Francomme, Examination Supervisor, both employees of the Octopoos web agency.

The look of the organizers (AFUJ and Octopoos) of the examination:

For others who wish to organize an examination session for certification, attention must be paid to certain points, in particular: 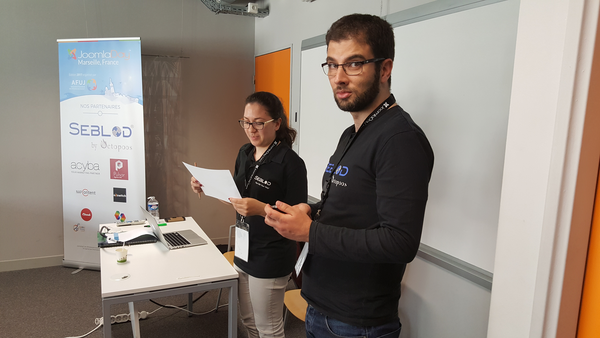 Mehdi a little more on the training as such?

"A good review is more than necessary to pass the exam, so the Certification Preparation Day allowed candidates to review some points and get advice from a certified to manage their time on the platform. We are convinced that the success rate achieved is mainly due to this on-the-job training.
The difficulties of the candidates are essentially the language for the non-English speakers and the ambiguity of certain questions which necessarily is all the more difficult to apprehend for french-speaking users."

The view of Agnes Francomme, supervisor of the exams, employed by Octopoos:

"The stress was present for some candidates with, at the end of each day, a friendly atmosphere as the day of result of the BAC. It is clear that the examination requires very good preparation"

The view of the president of the AFUJ (Association Francophone des Users of Joomla!), Sébastien Lapoux, manager of Octopoos :

"It is very important for the Joomla community to be able to host occasional exam sessions at community events (JoomlaDay, JUG meeting) to facilitate access to the exam geographically and financially and promote certification to professionals.

We organized 2 complete sessions "Training + Exam" during the JoomlaDay, one on Friday and the other on Saturday. 1 month prior to the event we contacted each participant to give the proper preparation instructions and we restarted them several times until the day of the event so that they are well prepared and aware of the difficulty.
There are several Joomla Learning Partner in France that are authorized to pass the Joomla certification. These companies are contractually contracted to OSM and we invite all Joomla! To offer this service.
The organization of examinations at the level of a JUG or a JoomlaDay is not entirely mature, the AFUJ has relied on the company Octopoos, which is officially a Joomla Learning partner to organize these trainings and examinations . We thank them and hope that next year we will be able to put forward more Joomla Learning Partner companies, see resting completely on a JUG."

The view of certificated:

Why would you want to pass the certification?

To each of them I asked the question of preparation. We all know that Joomla certification is not an easy exam and I will add "so much the better! "As this adds to the credibility of this certification. So it was important to know how long each of them had spent on revisions before the JoomlaDay. The answer is unanimous: all of them have prepared their certification, more or less long but all have followed the documents provided by the official platform, through the links proposed by the agency Octopoos or the AFUJ.
It should be remembered that within the framework of the JoomlDay of Marseille, certification was compulsory after a day of preparation. This day was also unanimously appreciated by the participants. It is always useful to see and review the processes, the details, the latest news from a version that we do not know yet, etc. The proposed format of 5 people maximum was also ideal for the Personalization of questions / answers.

Then I asked them a series of short questions to qualify some of the test, here are the results :

The results, on average, are these :

You surely saw immediately that each participant has an estimate of his own level of expertise very high (average of 8.14) whereas, contrary to what I thought, the time allotted is the lowest result. In other words, for our new certified athletes the results would be even better if the time spent preparing the event was longer.
For example, Catherine Mollet said to me: "An hour or two more would have been good. But it is also because I sometimes had the impression that we spent a lot of time on topics too sharp for simple administration (we were almost close to dev) or too simple or even simplistic for who has been working since Some time with Joomla! (Including articles). " 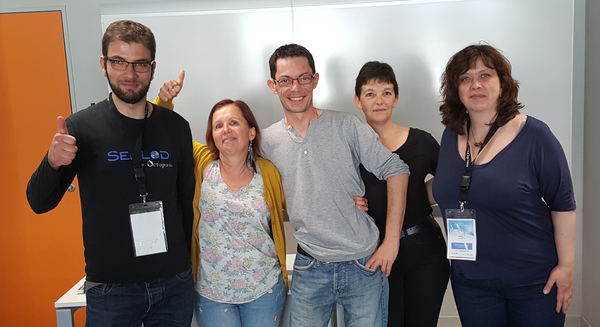 I hope this feedback on the first administrator certification session organized by the AFUJ and the company Octopoos during JoomlaDay in Marseille, will make you want to start your turn and that is why I will let a last time to our neo-certified by summarizing here their valuable advice : 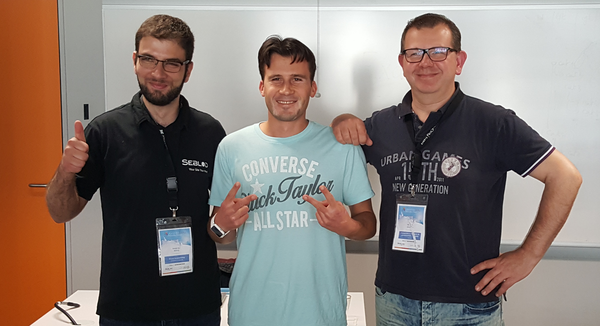