Four years ago at a Joomla Day New York I demoed the latest updates to a Joomla extension I had developed with a client. They had commissioned a Wordpress version of the same extension from a WP developer and shared with me the install stats for both (which connected to the client's service). The installs were overwhelming Wordpress. It blew me away and I began to watch statistics for the popularity of the platforms and discovered that WordPress was devouring Joomla's market share. When I built my first Joomla 1.5 site, more sites on the Internet were powered by Joomla than any other CMS. Today, WordPress powers five times as many websites as Joomla does. 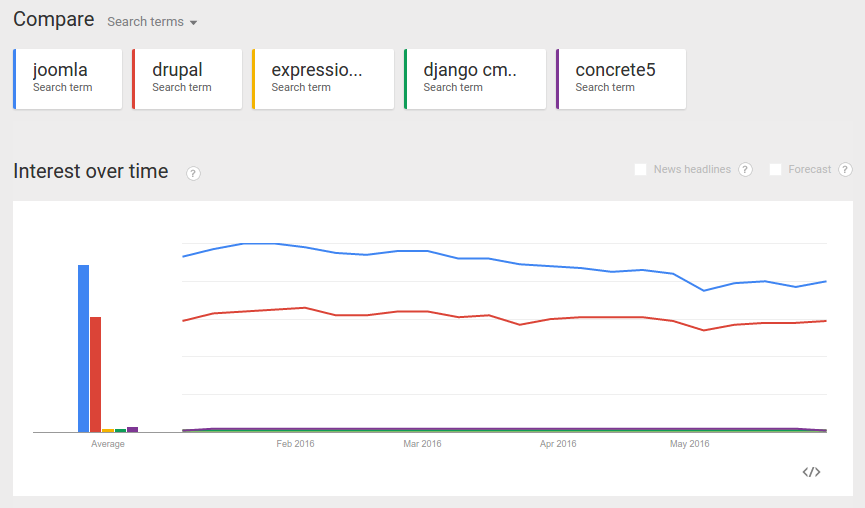