Time to get to WORK! At the airport I met Alejandro Pascoli who had arrived earlier from Argentina. A while later we were surrounded by Danuta Idzik, Yahiaoui Aghiles and Dimitri, waiting for the JShuttle which would take us to the venue. 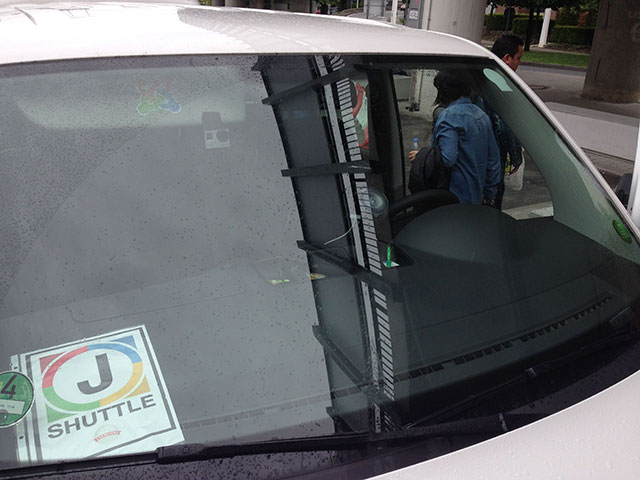 At that point I realized this was not going be a JEvent like others I have attended before. In both JWCs I have been to, I met people from different parts of the world. At #JAB14 this feeling grew stronger. This year's theme was "Investing in your Future". Quite catchy, eh? 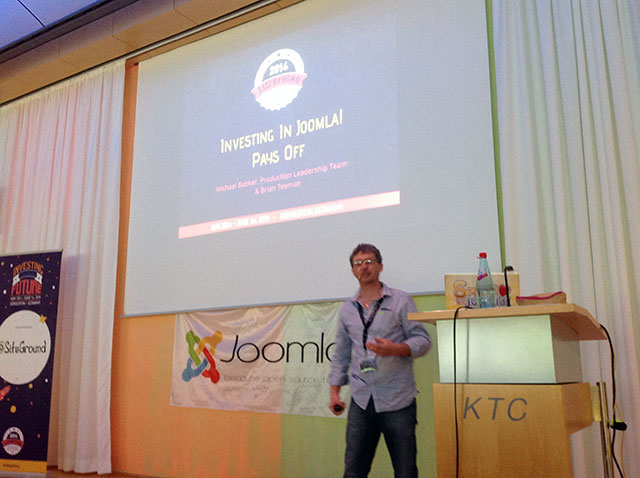 I have learned that if I want to succeed professionaly I must have focus. It's been a while since I decided that Joomla was a great choice to focus on. Through it, I was able to develop my skills in my work path and now I see there is still a long way to go. Hands on! Right Tessa? 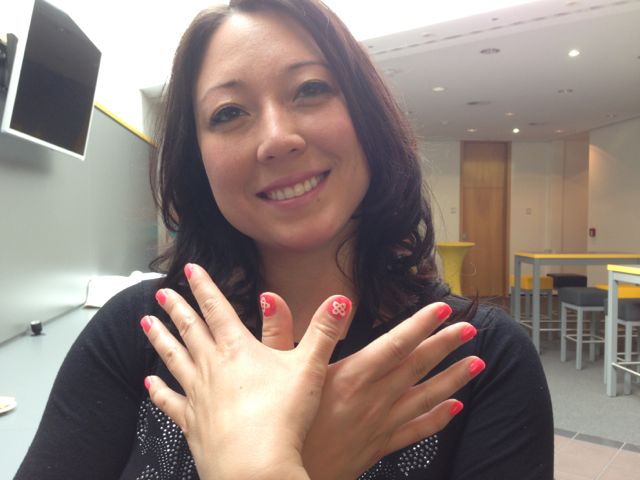 Tessa Mero is ready to grab Joomla with her bare hands

At JAB14 I realized the importance to be with people, share thoughts and ideas, and have a beer! And there was great beer at this event! 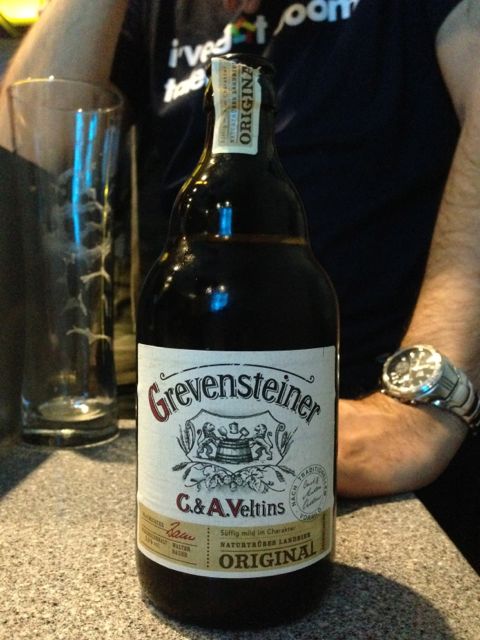 I had the chance to meet Chiara Aliota, designer, whose work I have been appreciating for a while. I had the opportunity to be closer to her and exchange thoughts on the idea of fostering a Design Team within the Joomla Project. As a plus, tt was great to see Sara Thornton wearing the t-shirt I created to announce the Joomla! Certification Program.

A highlight of the event was the "Make it Happen!" sessions. It was amazing to see the community working together at JAB14 to take the project to the next level. I was glad I was there to be a part of this moment. People were bug squashing, marketing brainstorming, designing, organizing JUGs, supporting translations and working on the soon to be announced Joomla Certification program. And having a great time as well! 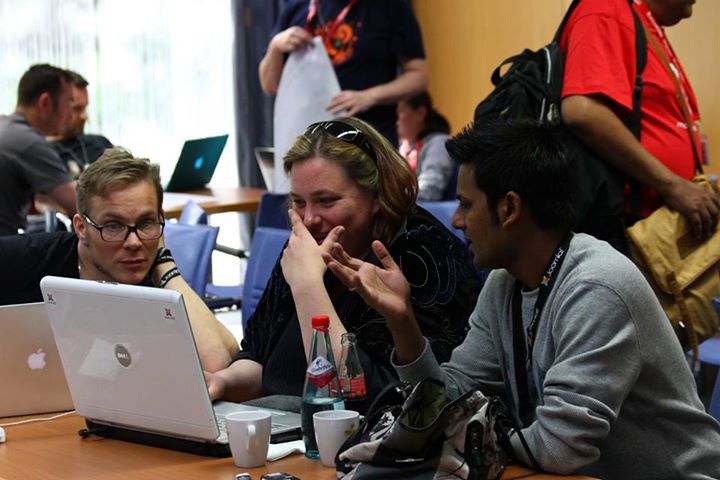 Having fun working for the Joomla! Project

Another highlight was the barbecue party we had on Saturday night. Even though it was cold for me, it was great fun to be outside and enjoying a good meal, while meeting new people of the community. It's great to make new Joomla friends!! 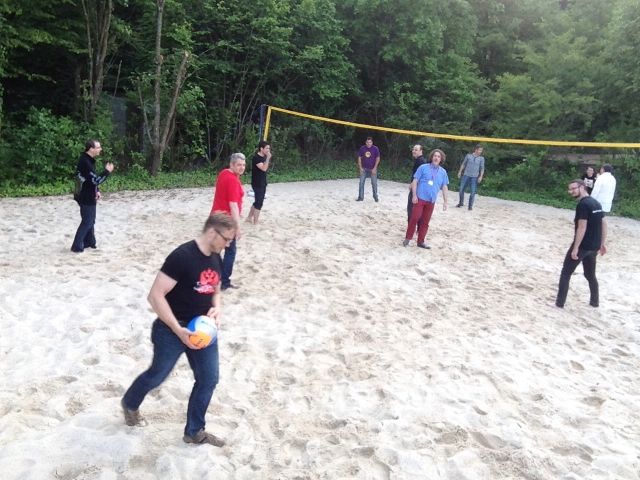 One thing I hated myself for was missing the Virya Group's Photobooth. My chance of being Captain of the Enterprise is gone! 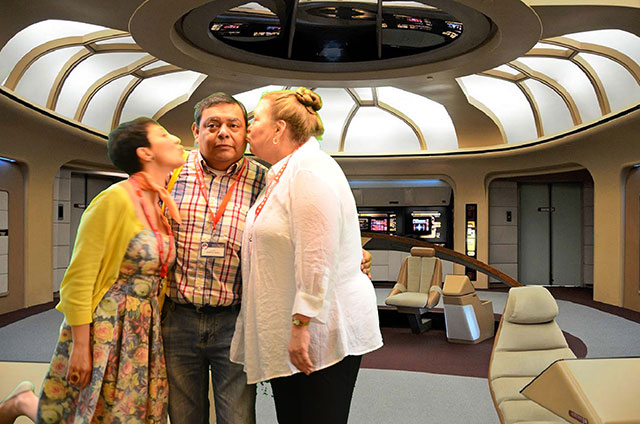 Of course I cannot forget that most important moment of the whole event, at least for me, when I was awarded the very first J!Factor prize with the song "Wonder Joomla!".  I had great fun preparing and rehearsing this act. I hope you enjoyed it too! Click the image below to see the video. Please, move forward to 1:15:42 if you can't wait to see my hilarious perfomance. 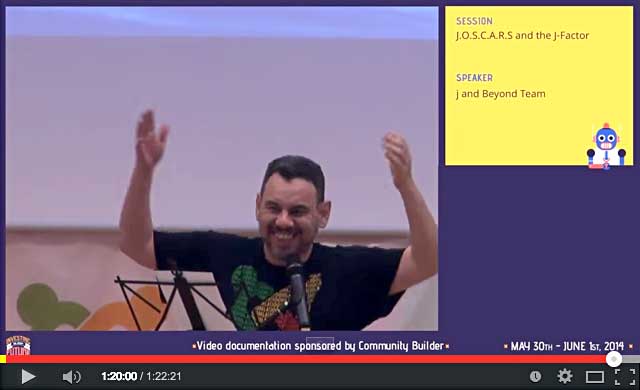 After all the work and planning ahead for the project, it was time to relax, right Matt? 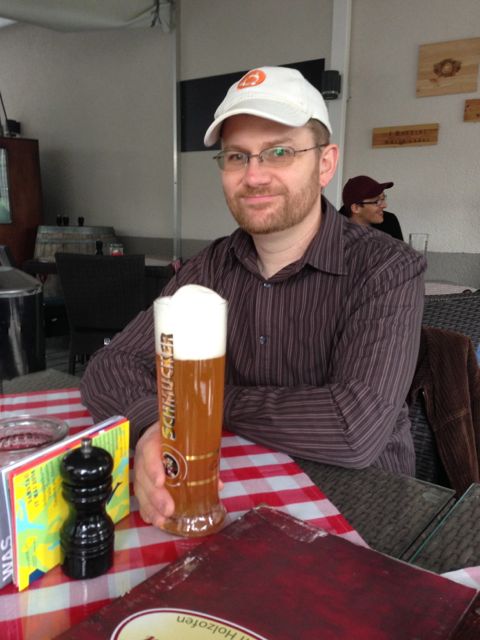 I left Germany rejoicing in the fact that I am doing what I am supposed to do. J and Beyond taught me there is a LOT of work to be done and I came back home inspired to get my hands dirty. Thanks to Joomla and to this wonderful community, which I am also a part of! 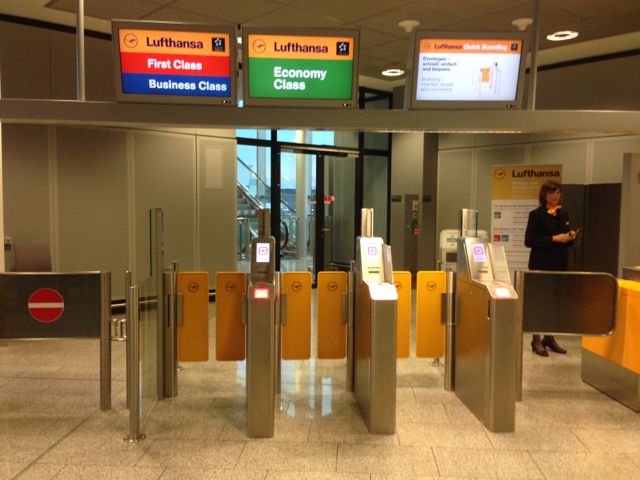