At this busy holiday time, it's a small but heartfelt JCM issue, wishing Joomlers all over the world a very Happy New Year! The start of a new calendar year is a time to look back on the past year, and look to the future. What did 2014 bring for the Joomla Project? And what does 2015 have in store?

A lot happened in 2014. Highlights include:
You may be wondering, how can 2015 ever top all of that? Well, the Joomla Project is going to try, and the following are just some of the plans in store for the new year:
What will 2015 not have? Support for Joomla 2.5. It’s time to bite the bullet and migrate - you’ll never have to do it again! https://community.joomla.org/blogs/community/1839-this-is-the-last-release-of-joomla-25-now-what.html
The end of a year and the start of a new one, is also a time to say Thank You to everyone who works so hard, volunteering time to make Joomla not only a fantastic, empowering CMS, but also a place where being involved is a meaningful and worthwhile human experience. 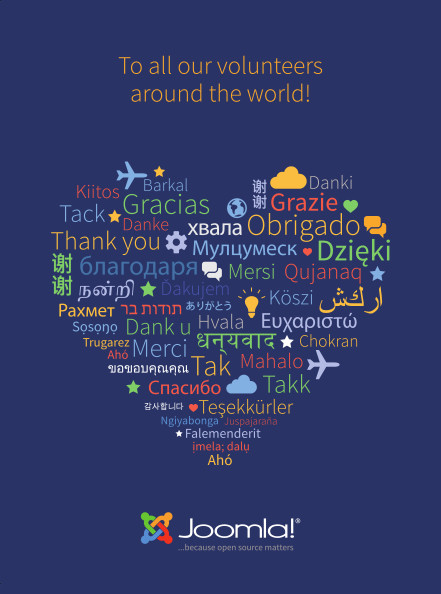