For one more year, Joomla! Brasil community was in the 17º Fórum Internacional Software Livre (FISL17) - Free Software International Forum - promoted in the city of Porto Alegre, south of Brazil, from July 13th to 16th.

If you have never been to FISL, check some numbers of the FISL17 to understand the event's reach:

Joomla! Community was invited to represent all the free software communities in the event opening ceremony among: the Coordinator of FISL, the Suse Brazil representing the partner companies, the rectory of the university where the event occurred, one director of the Ministry of Labour and the mayor of Porto Alegre. 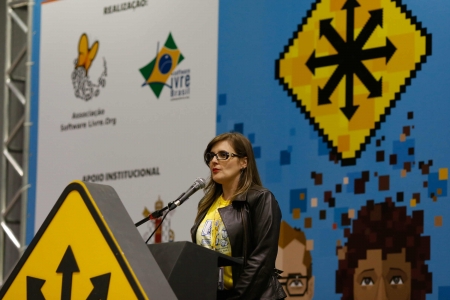 Member of Joomla! Brasil representing all the free software
communities in the event

Joomla Brazil had a spot in the area of communities where we shared knowledge with other joomlers, people interested in the CMS and other communities. We had joomlers from almost all the regions of the Country in the UG:  Distrito Federal, Goiás, Rio de Janeiro, Rio Grande do Norte and Rio Grande do Sul. 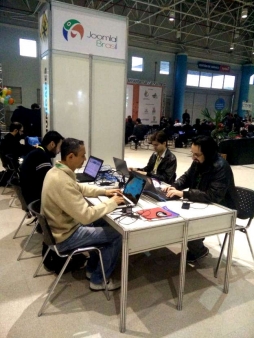 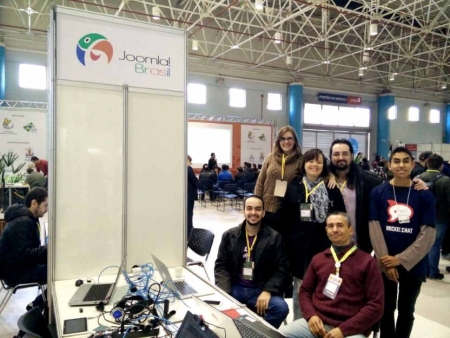 Lectures in the main rooms

Introducing Joomla! and showing why it was chosen as the official tool to develop the Government of Goiás State portals
Pedro Renan (with members of the Joomla! community) 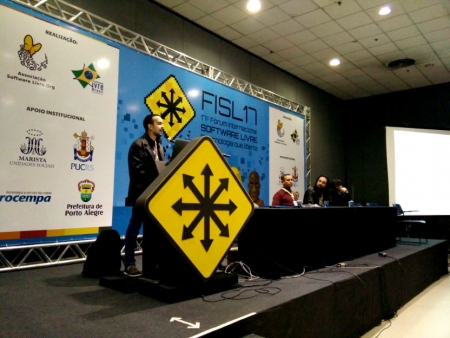 Lecture where the CMS Joomla! was mentioned as a case of study 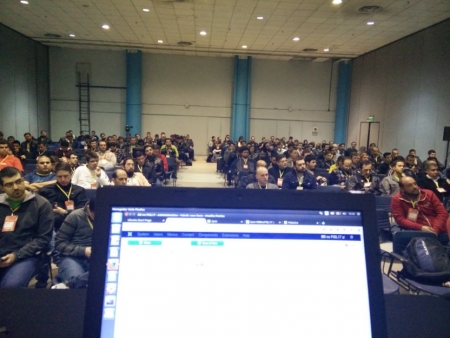 Lectures in the community stage 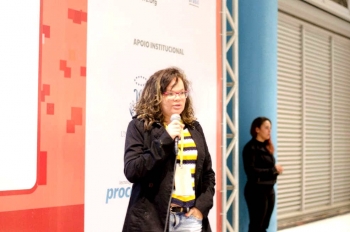 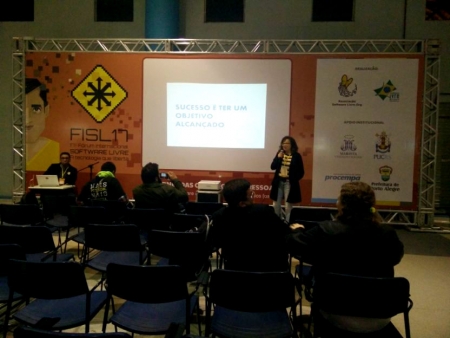 Work developing free software in a Google project and earn more than R$ 10.000,00
(Joomla experience in the GSoC16)
Ana Barcellos 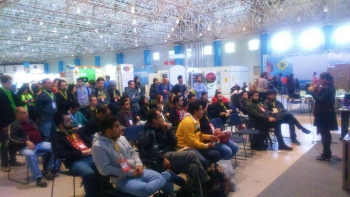 Members of the community Joomla! Brasil promoted one activity for the kids and teens at social risk of FISLINHO (is the kids place at the event.) with the BB Team (Banco do Brasil).

We told them a story about a boy who has dedicated care and attention to his little pig and ended up rich. The book aims to awake in readers, children from 4 to 10 years old, the importance of saving money and planning the future (Financial Education). 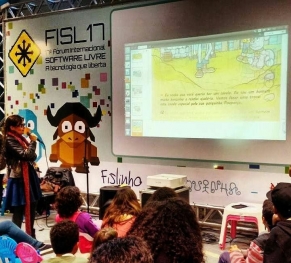 After that members of the Joomla! Brasil community built a website with them. Despite they had just 15 minutes for that, the attendees created together an article about their project.

It is very easy to build a website. - said one of the kids

You can know more about the Boca de Rua Project - a newspaper created, sold and managed by homeless people of Porto Alegre - in their website.

We had two official meetings in FISL17 to talk about some Joomla! Brasil projects - always opened to new volunteers. :) 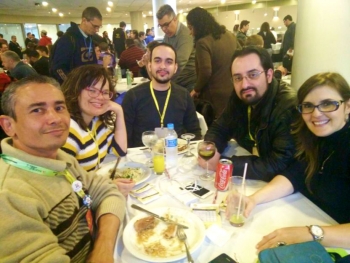 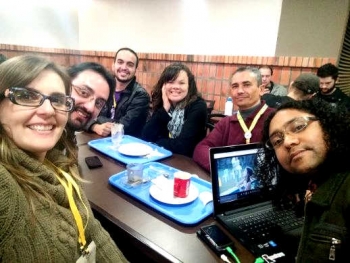 The mulheres.joomla.com.br (mulheres = women) participated sharing ideas in the "conversation circle" about hackerfeminism and technological empowerment. It was a very rich experience! 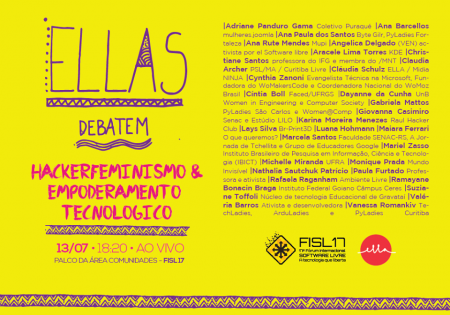