Eden Orion likes astronomy. Specifically, he’s into telescopes. His personal website offers a complete history of the telescope, tips on buying telescopes and he even recently repaired one of Albert Einstein’s telescopes donated to the Hebrew University of Jerusalem by the theoretical physicist himself. Eden also likes Joomla.

As the University of Haifa Webmaster, Eden has helped establish hundreds of Joomla sites for the school (including their main website) over the past several years. According to Eden, it was "the supportive Israeli community and larger world community that helped him prove that Joomla was an appropriate solution.” Since adopting Joomla, Eden has become active in the Israeli Joomla community, and has brought Joomla to the Hebrew-speaking masses by offering a variety of free Joomla 2.5 and 3.x courses for beginning users. 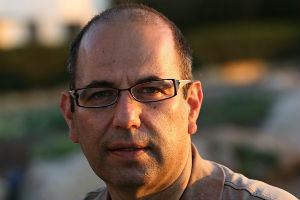 Eden has been working with Joomla since Mambo. Hundreds of users have taken his onsite Joomla courses and many of those students are still using the CMS. His free video tutorials have collectively received over half a million views, and his instruction has become quite popular in Israel. Ofer Cohen, OSM board member, Israel JUG coordinator and Joomla Day Israel organizer, said that when he first got involved with the JUG in 2010, more than half of the group members said they started using Joomla with Eden’s tutorials. Ofer said that it wasn’t until he joined the JUG that he “truly realized how important Eden’s tutorials are to the community.” 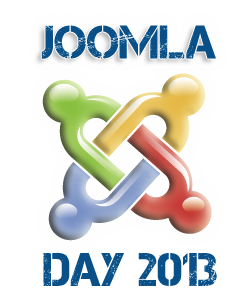 And the Israeli Joomla community is growing. The third annual Joomla Day Israel is coming up in October and organizers like Ofer and Eden are expecting several hundred to attend. There are a variety of speakers scheduled and workshops for all levels of Joomla users. Held in Tel Aviv, one of the world’s most historic and active cities, there are many opportunities for travel and experience beyond the scope of the conference. If you’d like to attend, use the coupon code “jmagazine” for a 20% discount until September 1st. This coupon is limited to the first 10 registrants. Register for Joomla Day Israel 2013.

Those close to the Joomla Project, like Eden and Ofer, understand that their local user groups are part of the larger community. They’ve witnessed Joomla’s ability to bridge cultures and bring otherwise different people closer together. There are thousands of governmental websites using Joomla throughout the world, and even though these countries invariably have differences, Joomla seems to be a far-reaching common denominator.

After a 3 year hiatus, Israelis and Palestinians have recently agreed to resume peace talks, a significant step forward between the two nations. Palestinians are using Joomla and Israelis are using Joomla. Everyone is working together in an open source community towards a common global interest. As a result, Joomla can break down barriers and help resolve disputes between communities that have political conflicts between them. Joomla Day Israel is open for anyone and everyone interested in discussing the CMS.

The first telescopes were invented in the Netherlands early in the 17th century and derived their name from the Latin word “telescopium”, meaning “far-seeing”. It’s fitting that Eden’s surname is Orion (a recognizable constellation in the night sky throughout the world), and it’s even more fitting that Eden uses Joomla as a telescope of sorts - a far-reaching instrument with many practical applications. Is Joomla a direct peacemaker? Probably not. It is a catalyst that can help open up avenues of discussion and collaboration? Most certainly. It’s through the efforts of people like Eden where this can be attained.